Located at the crossroads of the old Richmond Road running from Ottawa to Perth and the newer road connecting Prescott to the upper Ottawa Valley ( Huntley Road), it should come as no surprise that although Richmond’s main source of supplies was Ottawa (formerly Bytown), there was some trade with the other communities to the south, west and north. One commodity purchased by Richmond merchants and hotel keepers was whiskey.
The J. P. Wiser Distillery, located in Prescott, was a growing operation in the 1860s, and today it is still a well known name in the production of whiskey. John Philip Wiser joined the C. P. Egert Co. in 1857 and in 1863 he purchased it from his uncle and his uncle’s partner. At that time it was producing 116,500 gallons of whiskey a year.
The following year the distillery burned and was replaced by a larger facility. It employed 60 men in all facets of the operation: coopers, carpenters and teamsters as well as workers involved in the production, packaging and shipping the whiskey. The Wiser Company flourished and J. P. Wiser had an enormous influence on the whole community. His farming operation alone was huge and in time had 2000 head of cattle.
It was to this company that Richmond merchant, Thomas Lewis, turned to acquire whiskey. As the following letter shows, Mr. Lewis had dealt with the C. P. Egert Co. in the past and Mr. Wiser was anxious to continue past arrangements and confirm their terms for the future.
The following letter may be found in the Lewis Papers ( MG 24, I 176) in LAC. The transcription of the letter by George Neville is followed by a graphic of the letter.

Yours of 1st inst. is at hand & I hasten to reply.

per gal – Terms Same as of the late firm of C.P. Egert Co.

Same as we have always told you – I have several other

Services  of a very Superior xxxxxxxx and can find you a

better article that came before.

Hoping to receive your order, I am very Truly 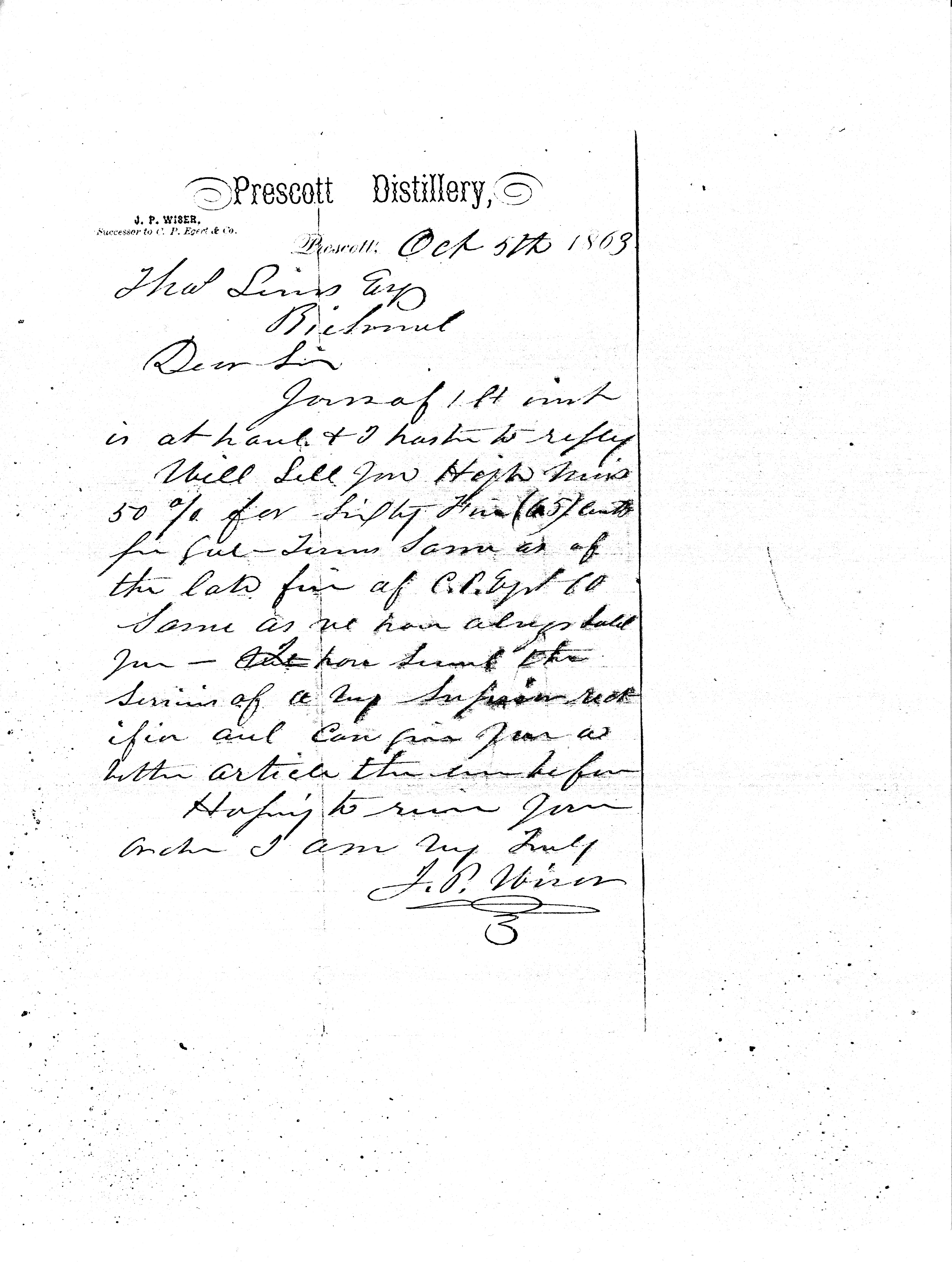 This entry was posted in industry, merchandise, Personalities. Bookmark the permalink.