To honour Richmond’s 200th anniversary, we will be posting factoids about our rich history. Over the next year you should expect to see 200 pieces of information that you may or may not have already known.  The topics of these posts include: #26. Lyon’s Gristmill # 27. Captain John Bower Lewis # 28. Jamaican Spirits # 29. Sheep & Wool #30. 2 views of Richmond circa 1820

If you have a question about the source of a factoid please contact us.

Factoid # 26. Among the industries developed by George Lyon was a gristmill. This water-powered mill was located at the Ottawa St. dam. While some historians have placed its construction in 1821, a more likely date is 1824 or 1825. It would have taken some time for the farmers to establish grain production, and in my own family we have a story of Sgt. Vaughan walking to Burritt’s Rapids to have his grain ground. Also the Lyon Store records show that George Lyon sold flour on commission from Asahl (Asehel) Hurd. Hurd was a late loyalist who had settled in Burritt’s Rapids before the War of 1812. Lyon accepted 4282 lbs of flour in January 1823 and a second and last commission of 800 lbs in January 1824. Some of the final consignment was not sold.

The 1852 census shows that the gristmill had “four runs of stones wrought by water”.  It provided employment for 4 workers in winter and 2 in summer. The mill ground on average 30 000 bushels of wheat per year and 12 000 bushels of other grains. The enumerator noted that, “the mills are generally stopped about 2 months in the year for want of water but this year there has been an unusual scarcity of water which has caused them (grist and saw mills) to be idle since September and every appearance of them being so until the spring opens up.” (approximately 6 months). One can see how difficult it was to make money from these water-powered mills.

After George Lyon’s death in 1851, all his industries and estate lands were offered for sale. An advertisement in The British Colonist 07 September 1852 stated, “The Grist Mill, which together with the works, stones and bolts, are all nearly new, is built of stone, and contains four runs of Burr Stones with bolts, to each, two of which are driven by separate cast iron reaction wheels, and the other two, by a breast wheel, there are also two smut machines driven by a cast iron reaction wheel. The Mill is large and conveniently arranged for storing grain, &c.

The executors were not able to sell the estate. On December 28, 1859, a modified version of the ad appeared in an Ottawa newspaper, The Union. Not only was the advertisement modified but also the gristmill. The waterpower was now augmented “in addition there is a twenty horse power steam engine arranged to connect at any time with the Grist Mill”. An industry built on the availability of water was gradually turning to steam power.

Factoid #27. Captain John Bower Lewis was one of the six ex-military officers who became leaders in Richmond. Capt. Lewis was not a member of the 100th Regiment and didn’t fight in the War of 1812. As such he had to earn the support of the soldier/settlers that was given from the start to other officers. Considered a “real gentleman”, he was a member of the 66th Regiment (the Connaught Rangers) and had fought Napoleon’s forces in Spain and Portugal.

A merchant, he seems to have spent a great deal of his time in Montreal. When he signed his will, he identified himself as a resident of both Richmond and Montreal. No research seems to have been done about his Montreal connections.

Lewis operated both a brewery and distillery but unfortunately we have not found any records associated with his store or any other enterprise. We do know that his family continued to operate stores in the village until after World War One and that his descendant, Collis Lewis, lived in the village until the 1970s.

Captain Lewis owned much land in the village and his holdings were second only to those of the Lyon family. There are several accounts of Richmond having some fine houses. One probably was that of Capt. Lewis. A staunch supporter of Anglicanism, he provided lodging when the bishop visited the village in 1840 and found the public accommodations not to his liking.

A magistrate and justice of the peace, Captain Lewis became very involved in the politics of the region and this will be discussed in later factoids.

Factoid #28. “Jamaican Spirits” is a common entry in the Lyon Invoice Book. The ex-soldiers who settled in Richmond were accustomed to receiving daily rations of alcohol. Usually this was beer but what could they get in the bush where breweries were just getting started and ingredients scarce? The answer was Jamaican Spirits or rum. This product was relatively inexpensive, easy to acquire in Montreal and transported well.

A look at the Lyon Invoice book shows the volume of rum Lyon brought into the community. In 1821 he purchased 313 gallons and in 1822 the amount increased to 836. This was at an average cost of 3 shillings 4 pence per gallon.

Remember also that Lyon was not the only potential supplier of spirits. There were other merchants in the village. As well, Lyon’s supply of rum was augmented by whiskey and gin purchased by individual settlers from Philemon Wright.

Six years later, after breweries and distilleries had been established in Richmond, there were no entries for “Jamaican Spirits” in the Invoice Book. Both beer and whiskey could be produced in the village and rum no longer needed to be imported.

Factoid # 29. Sheep. Today when one thinks of the agricultural pursuits of Goulbourn Township, sheep are not the first thing that come to mind. However, they and their wool played an important role in the early development of the area. In the first 30 years of the settlement, Goulbourn produced more wool than any other township in Carleton County. 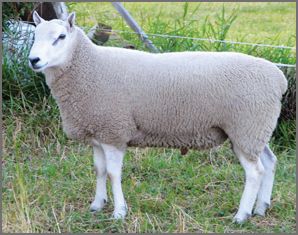 A name associated with the development of the wool industry is Capt. Joseph Maxwell.  A veteran of the 99th Regiment, he tried being a merchant but after 2 years decided that he preferred farming. As he was discharged from the army as a Lieutenant, he was entitled to a grant of 500 acres; he chose 200 acres, lot 26, in Goulbourn. This is the area stretching east from the Shea Rd. and north of Perth St. (Your Independent Grocer is close to the site of the original Maxwell home) Maxwell became a famed sheep breeder and imported several different types of thoroughbreds from Scotland. It seems that his prized sheep were too expensive for many of the farmers but he did set standards and he created an interest.

His fellow officer, George Lyon, built a mill to process the wool produced in the area. The mill, a two storey stone building, was constructed at the upper dam above the Rock Cut (near the Royal Canadian Legion building). There were several machines including: a shearing machine, a picker (to open the wool and separate the fibres), two carding machines (to disentangle, clean, and make a continuous web of wool), a fulling machine (to knead the wool to make a fabric which was softer, heavier, thicker than wool made on a loom), a cloth press and a dye kettle.

W. H. Smith in Canada: Past, Present, Future compiled the census data from 1852 which show that Goulbourn had 2716 sheep, Richmond 108, and Marlborough 1803.  These sheep produced 7826 lbs., 348 lbs., and 4283 lbs. of wool respectively.  (Although not all the wool from Marlborough would necessarily come to Richmond, some farmers would find it the closest mill & I did not include Nepean statistics).

The enumerator of the 1852 census for Richmond indicated that the Lyon Mill was powered by water and provided employment for 1 worker.

The remnants of the mill seem to be long gone but within several hundred feet of the site are the butte and stop butte of the Lord Strathcona Rifle Range. Were these buttes built of rubble from the mill?  A good question. Maybe the mill is not totally gone just hidden from us all.

Factoid #30. It is said that beauty is in the eye of the beholder. So too is an assessment of what the village looked like in the early1820s. In 1820, the Earl of Dalhousie described the village to the Lieutenant-Governor “…I have been very much delighted, and even astonished at the progress already made there; so far from Richmond being as you supposed an impracticable swamp, or hopeless attempt, it will be in two years, one of the finest and most prosperous settlements in Canada.”

Hammett Pinhey wrote a letter in 1827 outlining his impressions of Richmond when he first visited it in June 1819. Pinhey’s account would have been written with a very jaundiced eye as he had an ongoing feud with Col. Burke and the other leaders of the 100th. “To Richmond then I proceeded …. Here were 30 to 40 log houses, a small tavern with tolerable good accommodation, there was as yet no roof to the house but that was a trifle. The Host and Hostess  (Andrew and Maria Hill) undertook their business with a European zeal and rendered my short stay comfortable enough. This spot had been strongly recommended to me as the Paradise of Upper Canada; it struck me then & ever since, as the Purgatory.  It is surrounded by swamps & the Main Street is below the bed of a small rivulet that runs nearly parallel with it. From thence for thirty miles runs a road; it might aptly be called the road to Ruin (Perth).”

This entry was posted in agriculture, industry, Locations, merchandise, Personalities. Bookmark the permalink.